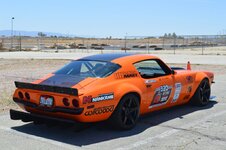 I’d be interested in how much the rear aero improved the car’s handling. That plexiglas plate and diffuser look huge.

Your car looks like it belongs to be there, good luck.

that car is a 20something that he built the car and dad is there supporting him... really, really cool. There are several cars, seemingly all driven by 20 somethings with that kind of defuser. I have no idea if it works.... as you'll see, I spent most of the day chasing down a computer

Did one lap session today (the Orientation one). Car died on the way to the grid.edited Drove to fiTech and bought another computer.edited Installed it.edited runs again.... now my goal is to finish with a running car.edited I missed all 3 of the challenges today

Day 2, not better then the last
Okay, I left you on Day 1 with great news the car ran again.editededited
Day 2 started with me warming up and adjusting the IAC.edited Drove it up to the pad where they do the autocross, walked it, good? no? no.
I did a bit of tuning and realized the fans weren't coming on.edited fine, hot wired them.edited The the alternator said 'nope'.edited There is an autozone in Rosamond - but by that time, I'm done.editededited

FiTech may have changed how it turns on a fan.... because the computer won't turn it on, and I wonder if (because last time it was a ground to energize the relay) I lunched another computer.edited I did get judged in the Engineering, and even got a time for my orientation laps (which is a bonus, I suppose).editededited

anyway, enough discussion... pictures
this thing took a dump on me at the worst possible moment - on the way to Riverside - put my truck in limp mode... in LA traffic.... with no way to test or troubleshoot.editededited 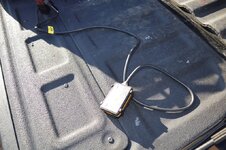 a familiar sight on my blogs 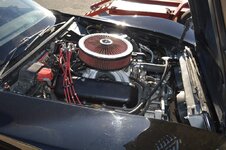 Friday night, I had towed it to its spot, but then it ran so I straightened up the parking. 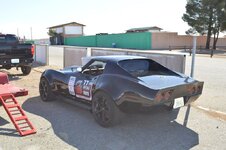 I swear Optima Challenge is 90% Corvette.... makes sense, you can either win or have another car. 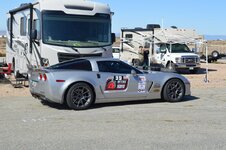 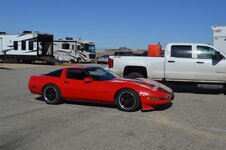 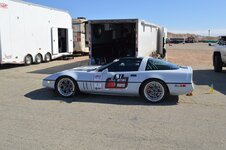 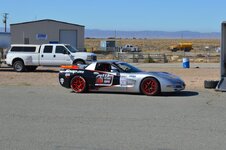 met the owner in line to judging... neat guy 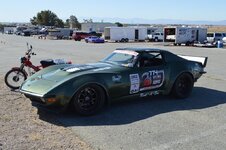 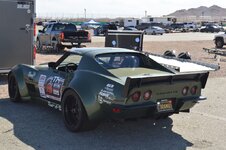 the noises this made were unholy 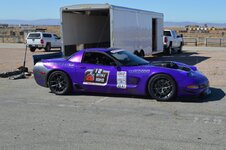 love this truck, it'll be a SEMA because it won its class this time - uses a Corvette cradle and Camaro diff 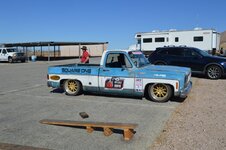 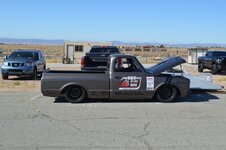 think he won his class 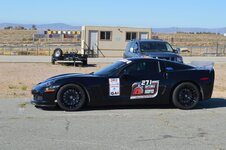 this car is badass... don't know why he was on the trailer for day 2....edited 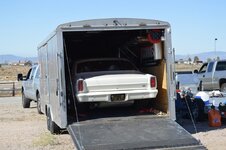 That road is done for this year. I cancelled (hopefully might get a refund) my reservation to Utah.... too much left to do, and no racing.


*Optima gives you a certificate for a percentage off a battery if you compete in the Challenge. It's a great discount. 3 batteries will save me more then my entry fees

Availability? I know a guy that is waiting for batteries to come in. No one knows the real story:

...replacements of our existing batteries (3x 200 ah) since late may and they are now supposed to arrive “mid-late august”.
Click to expand...

He placed the order in June! (located in Annapolis, MD - maybe not just a boat-thing)

phantomjock said:
Availability? I know a guy that is waiting for batteries to come in. No one knows the real story:

...replacements of our existing batteries (3x 200 ah) since late may and they are now supposed to arrive “mid-late august”.
Click to expand...

He placed the order in June! (located in Annapolis, MD - maybe not just a boat-thing)

it's not terrible, actually... the followup goes like this

it's limited to 2 batteries every 6 months.
they responded with the coupon code for me yesterday.
it ships the 13th and should be here around the 18th (UPS, so it's quite likely it'll arrive if it gets sent on time.)

I've been running yellow top Optima batteries in my FJ40... I've deadened them several times and they've always come back.... they're at least 5 years old. Because of the limit, I may put the new battery in my '40, then the twin batteries in my wife's JK for her house battery... she needs the capacity and the '40 doesn't need it right now.

and the discount literally paid for my entry fee.... that was very nice.
G

sorry wring thread - must be my old age
Last edited: Aug 27, 2021
You must log in or register to reply here.