At the time, Equifax offered this statement: Investigators have since tied the Equifax breach to hackers associated with the Chinese military. The credit monitoring agency maintained in its Dec. 19, announcement that no harm has come to consumers since then.

"There remains no evidence that the data obtained during the 2017 cyber attack perpetrated by Chinese military-based hackers against Equifax has been sold or used," a company spokesperson wrote. "Over the last five years, few companies have invested more time and resources than Equifax to ensure that consumers' information is protected."

So, the Chinese Military hacked 147 million Americans for shits and giggles? Equifax spent more "time and resources" to protect user data? So, they failed to protect the personal data that they were selling to just about anyone (that pays for it). Sounds like the only failure is to collect the money. Sorry, I wasn't born yesterday.

$1.77 for the pleasure of being inordinately susceptible to identity theft for life 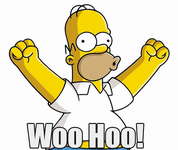