I like your slave cylinder bracket, looks stout! but why did you need the adapter for the clutch master cylinder? I assume thats the ~1985 chevy truck master?
Click to expand...

Another missed message. Thanks.
Why the adapter? While I do believe it's actually a '85 truck master, I'm not totally sure. I browsed Summit for something cheap with the correct 'shape' from was I've seen from other builds.

The holes position and spacing were not matching, and the pushing rod was just too long. By change once the piece done, the length was spot on. With the adapter I could also clock it properly.
You bet it's stout, my machinist made me the rough cuts and drill, and once I told him I would do the welding this time, he made them super thick. He was right, paint can cover a lot of scars....

I encountered another bump on the cooling side, the straight water neck just too close to my spreader bar. 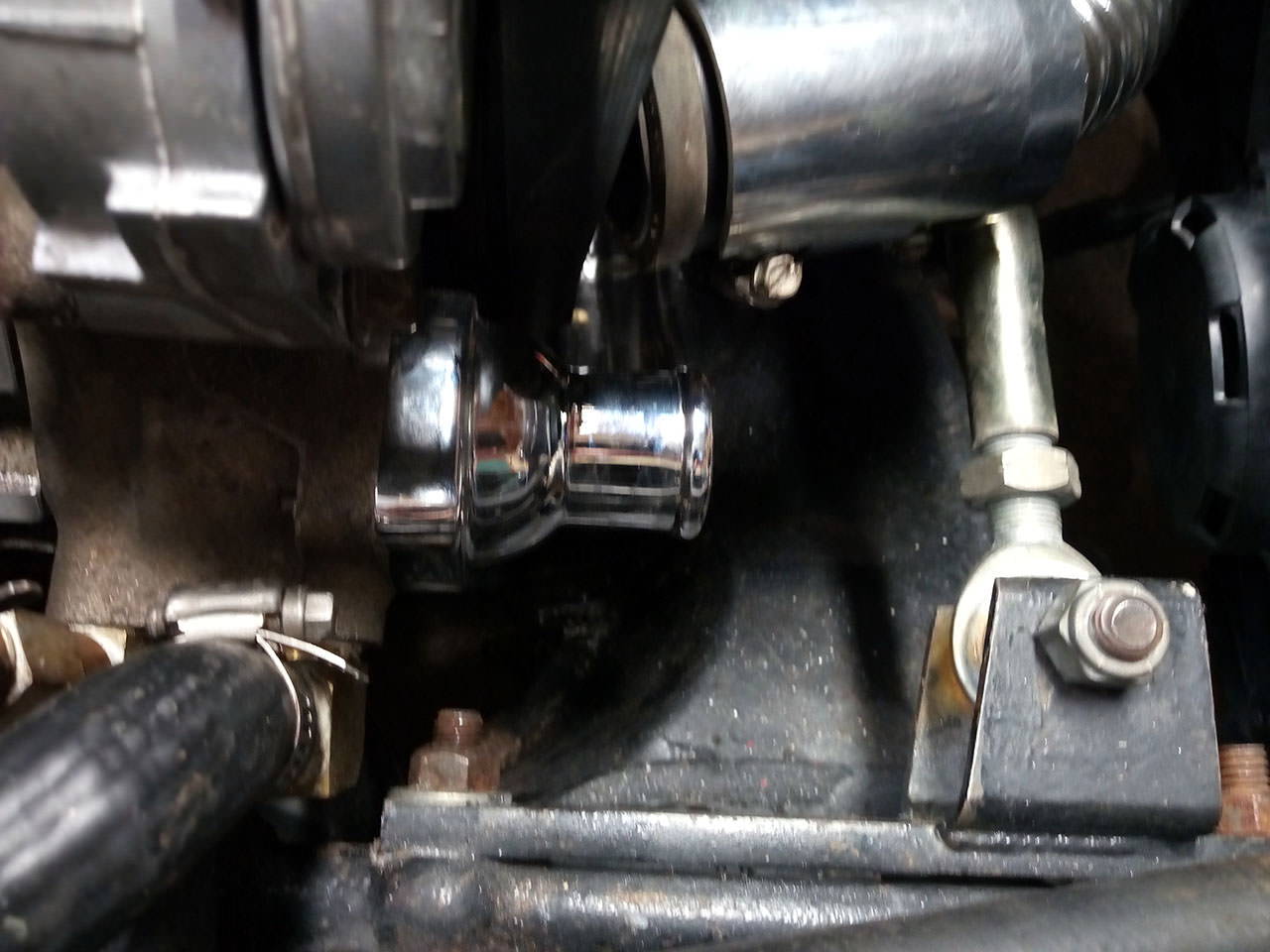 So I ordered a 45° swivel one, and we now have the cooling sorted. Still have to make the fan mounting tab a bit more sturdy, and little paint wouldn't hurt.
The fan frame is from a Ford Focus but I swapped out the motor for those of the Sebring. 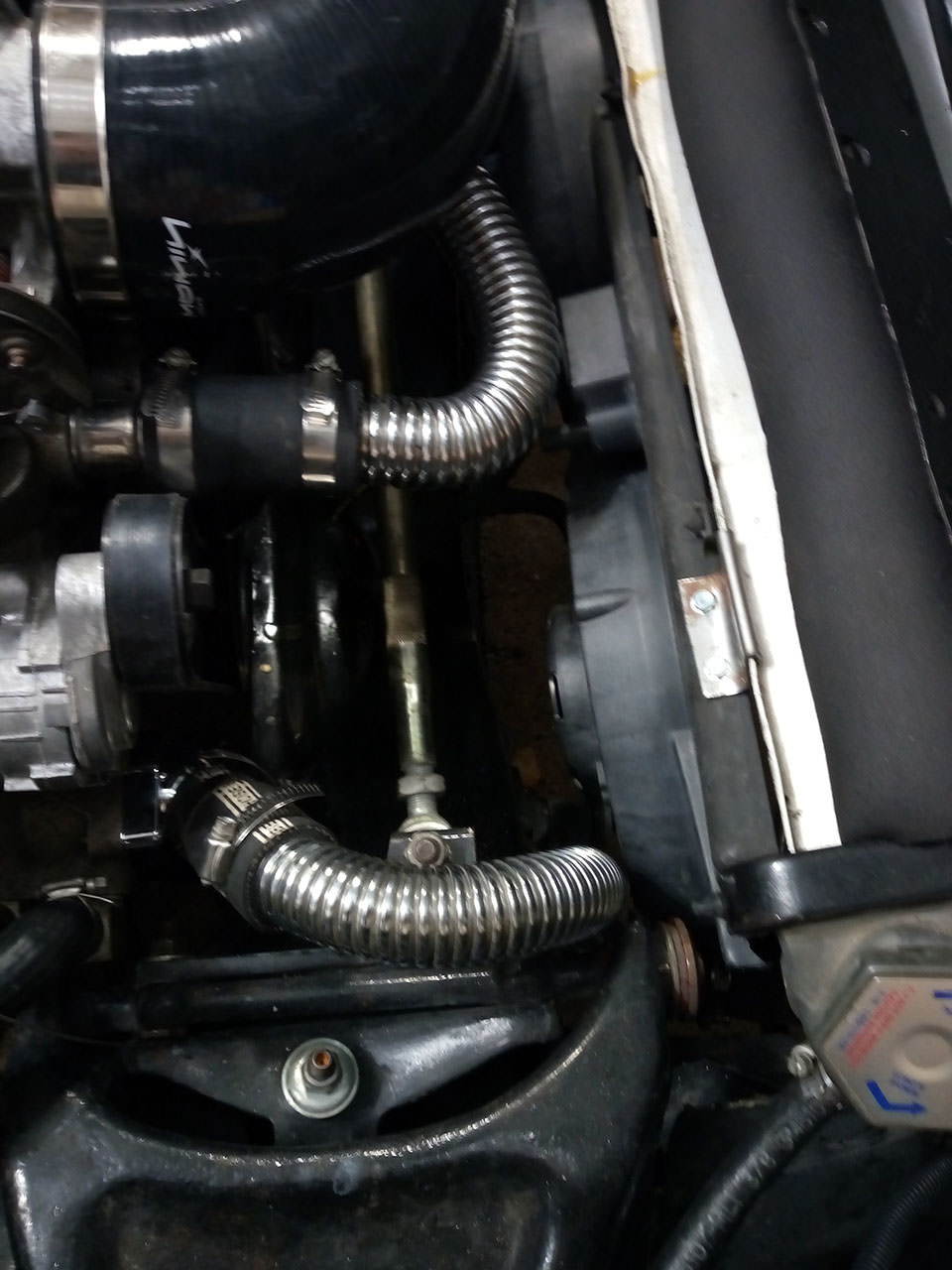 Now the fuel.
First I decided to put the fuel rail back into it's original orientation, cut the support tab on the inlet port in otder to bend it enough to clear the coils. The unconnected AN line on the passenger side is the return line (now obsolete). 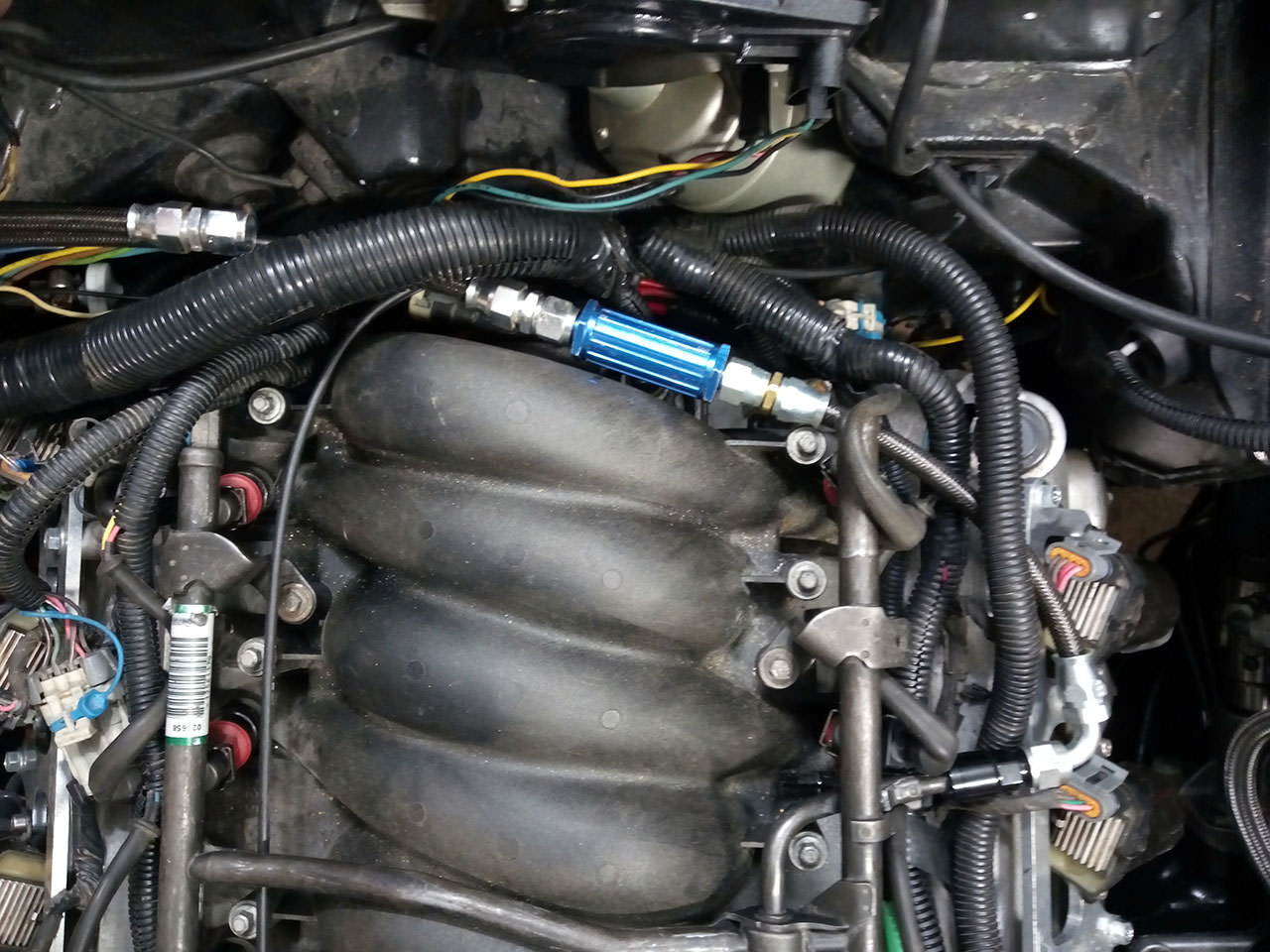 Then the intake. It's a temporary setup as the air filter lie just under the hood vents (not to be driven in the rain). 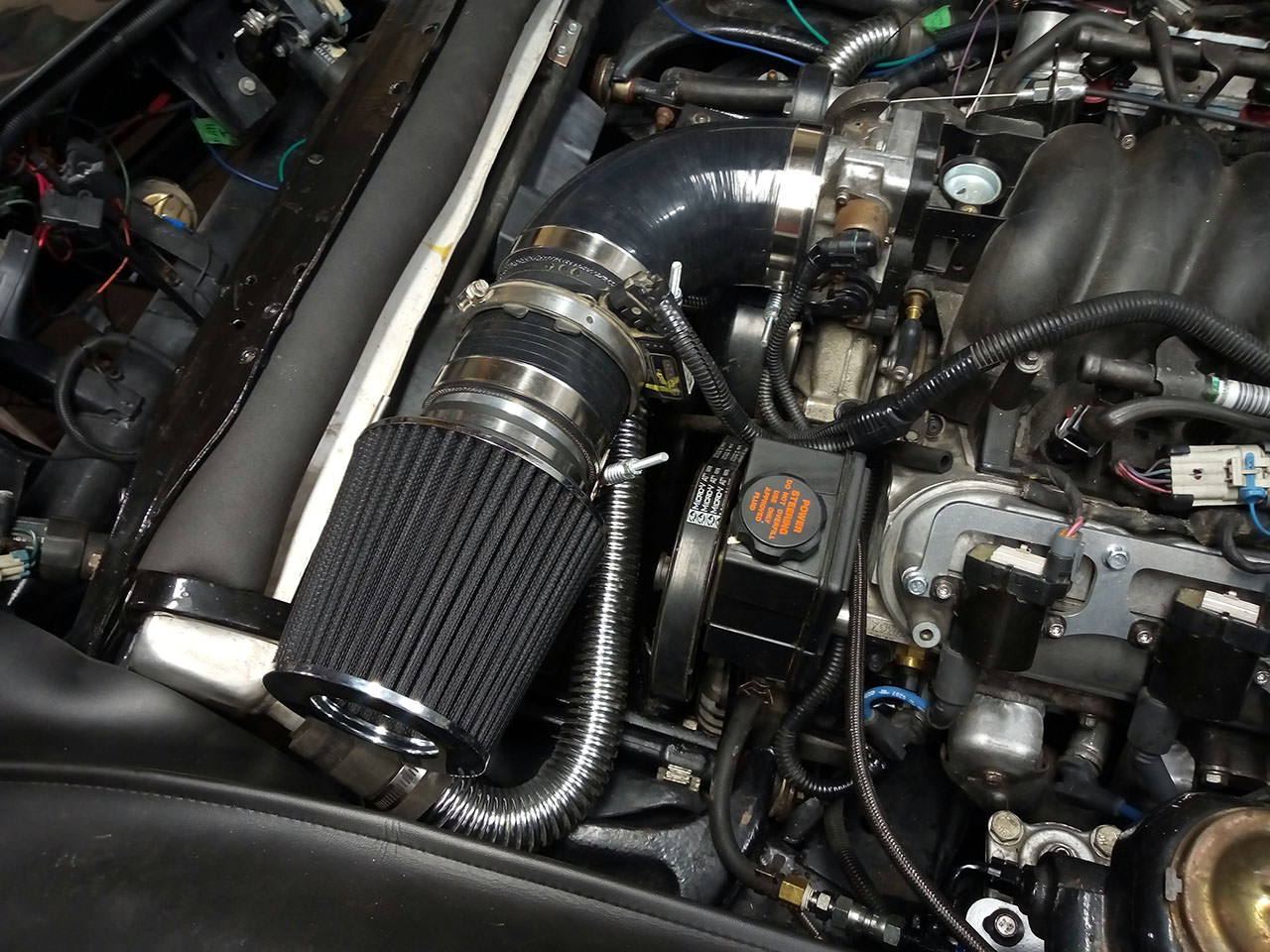 I said temporary because I have plan for the future..... 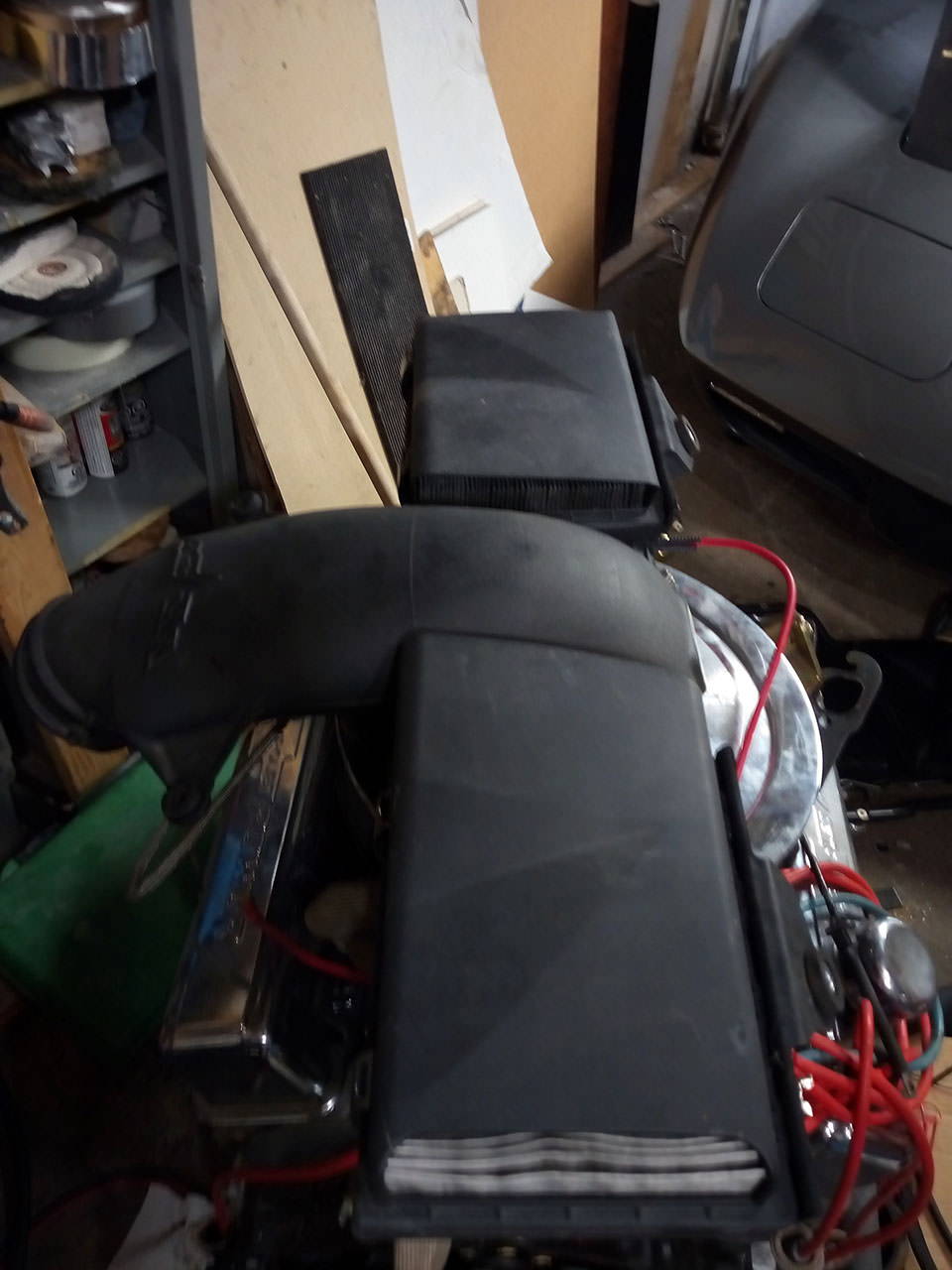 While I was at it I took some time to rework the engine bay harness. I had this junction box I picked in a GM truck at the scrapyard. It helped the sort out all the 12v wires. 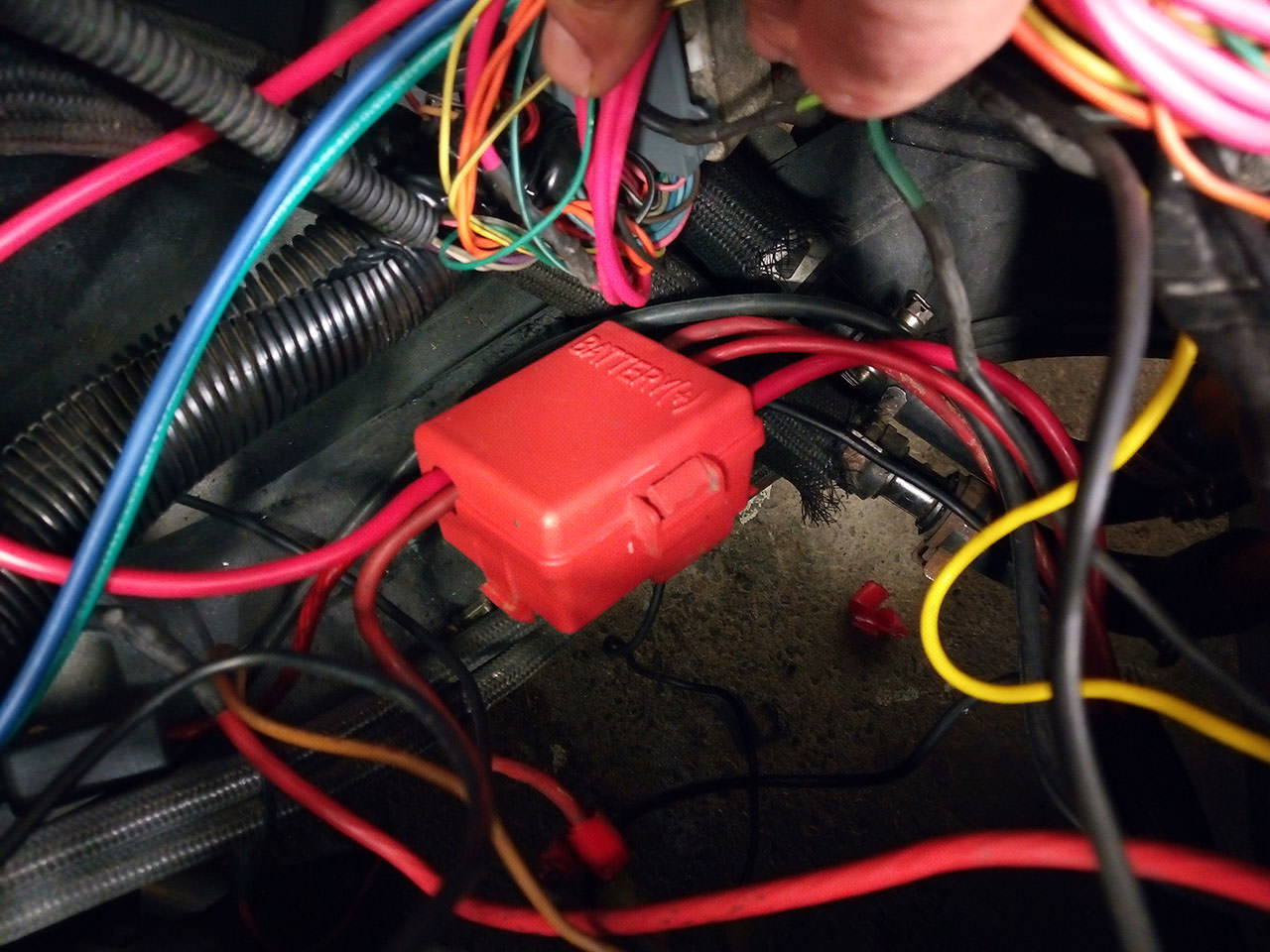 And now the bug : The ECU location.
Where was I going to put this brick?
With the help of the example of some fellow CF member, I came up with this:
It the frame of the ECU support you find in GM trucks.
I trimmed it down to what you see: 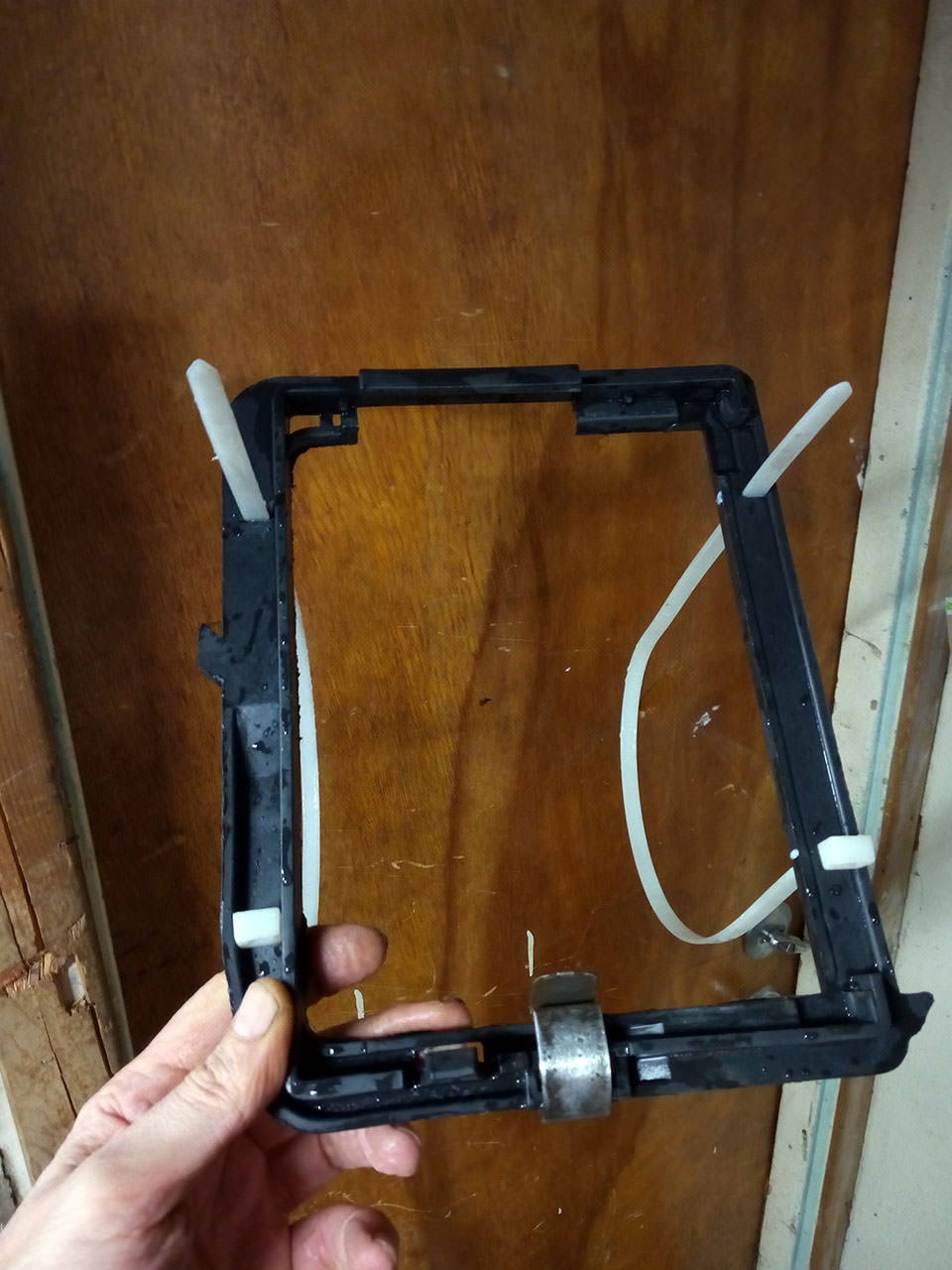 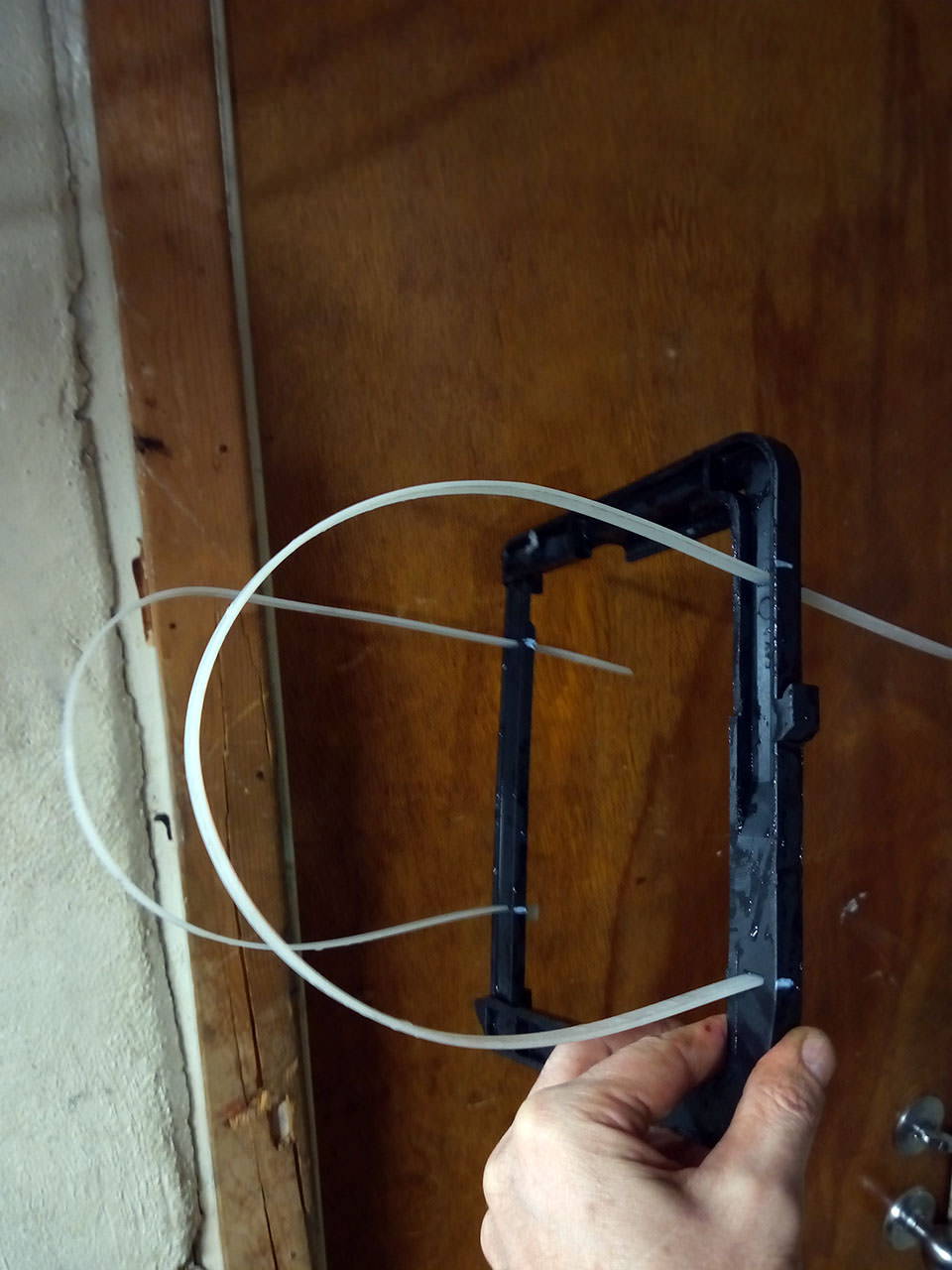 It straps to the coolant overflow tank.
The connector is stuck all the way back into the fender, but it's ok because the retainer mechanism still work on the support. So I can unclip it, pull it out and then disconnect it. 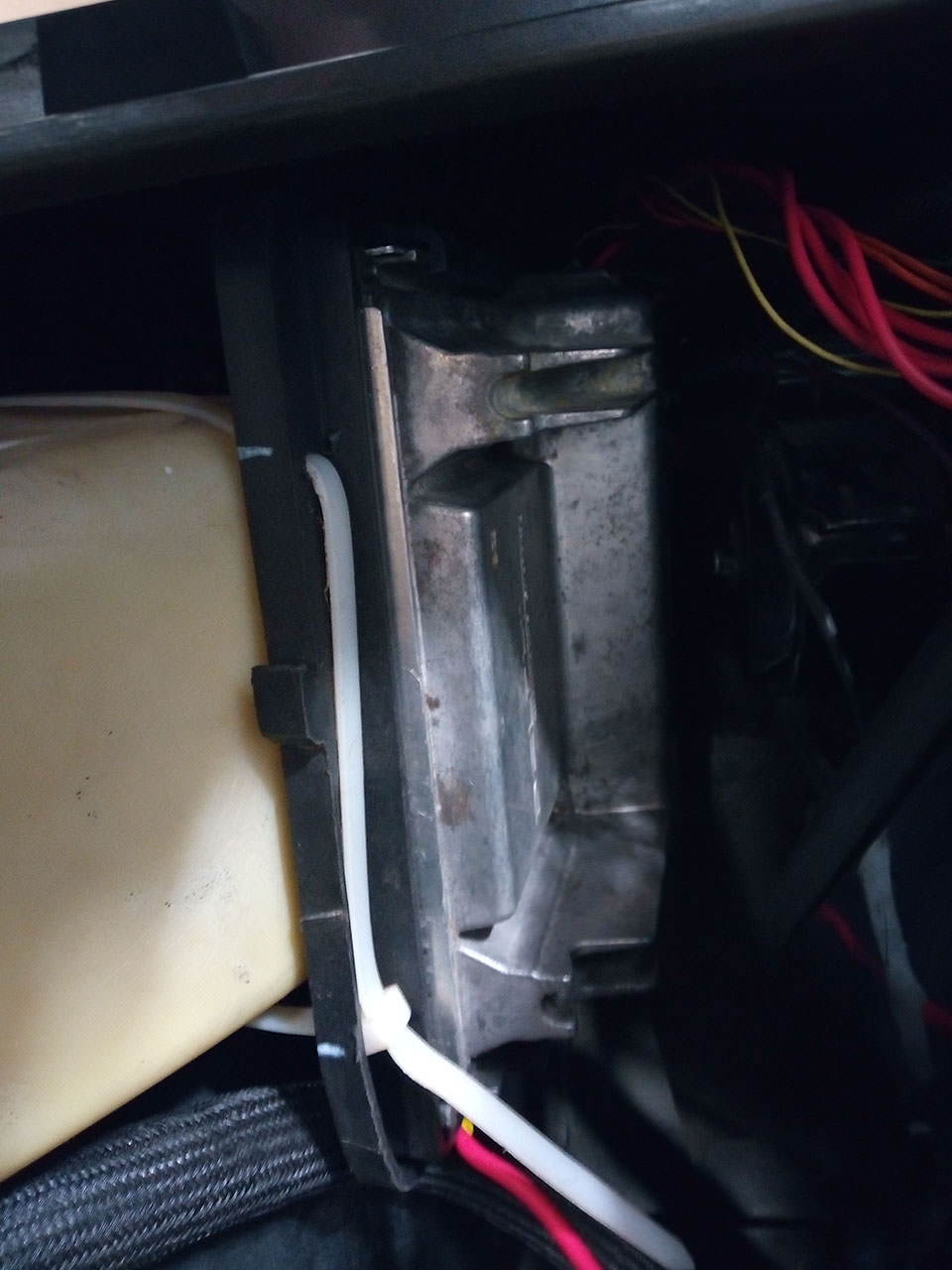 Stilll have the fusebox to locate, much easier job. 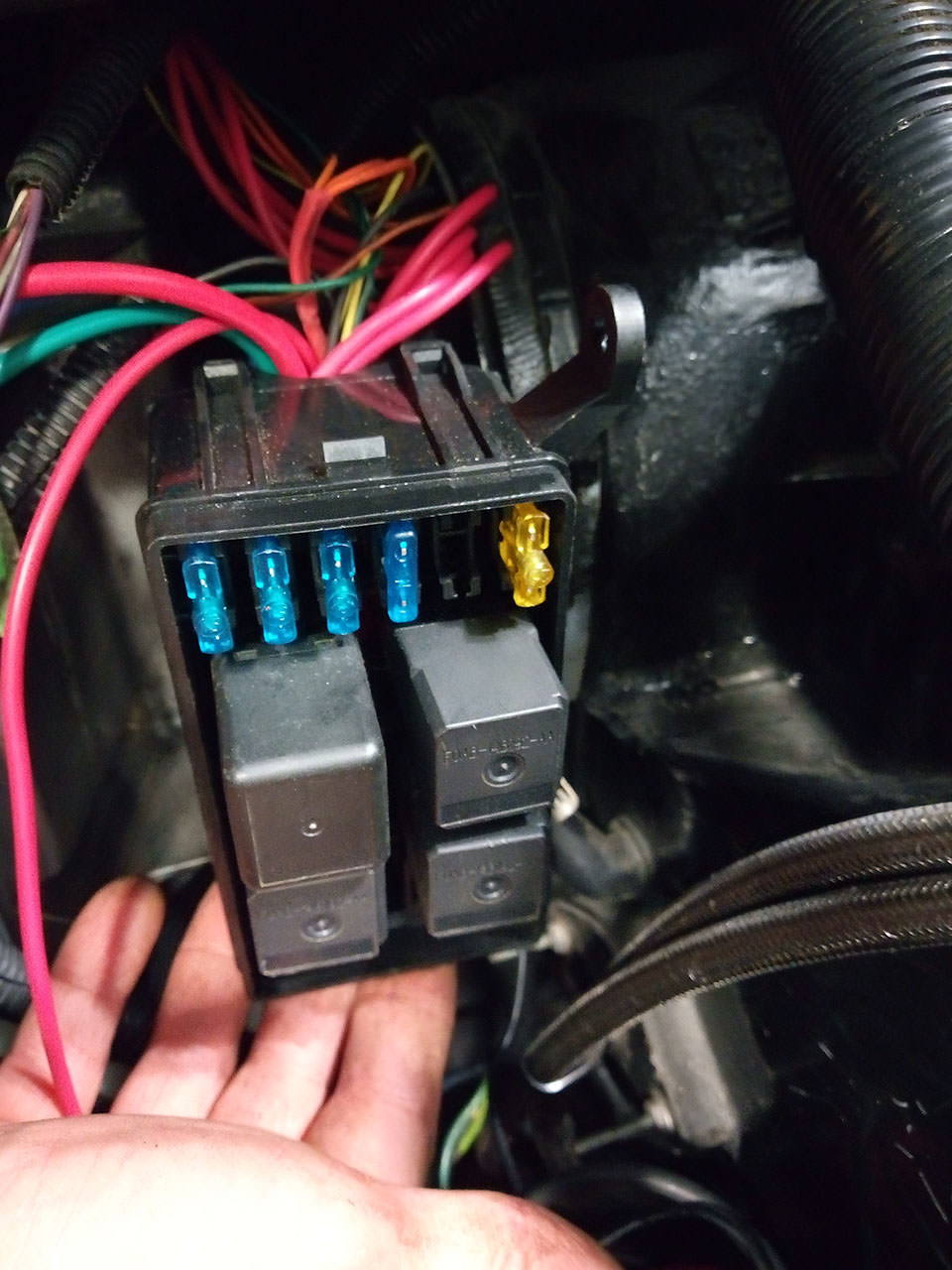 
The fuel part will be the last big step for sure.

Took one more bit off the monster's butt.
Made this weird piece: 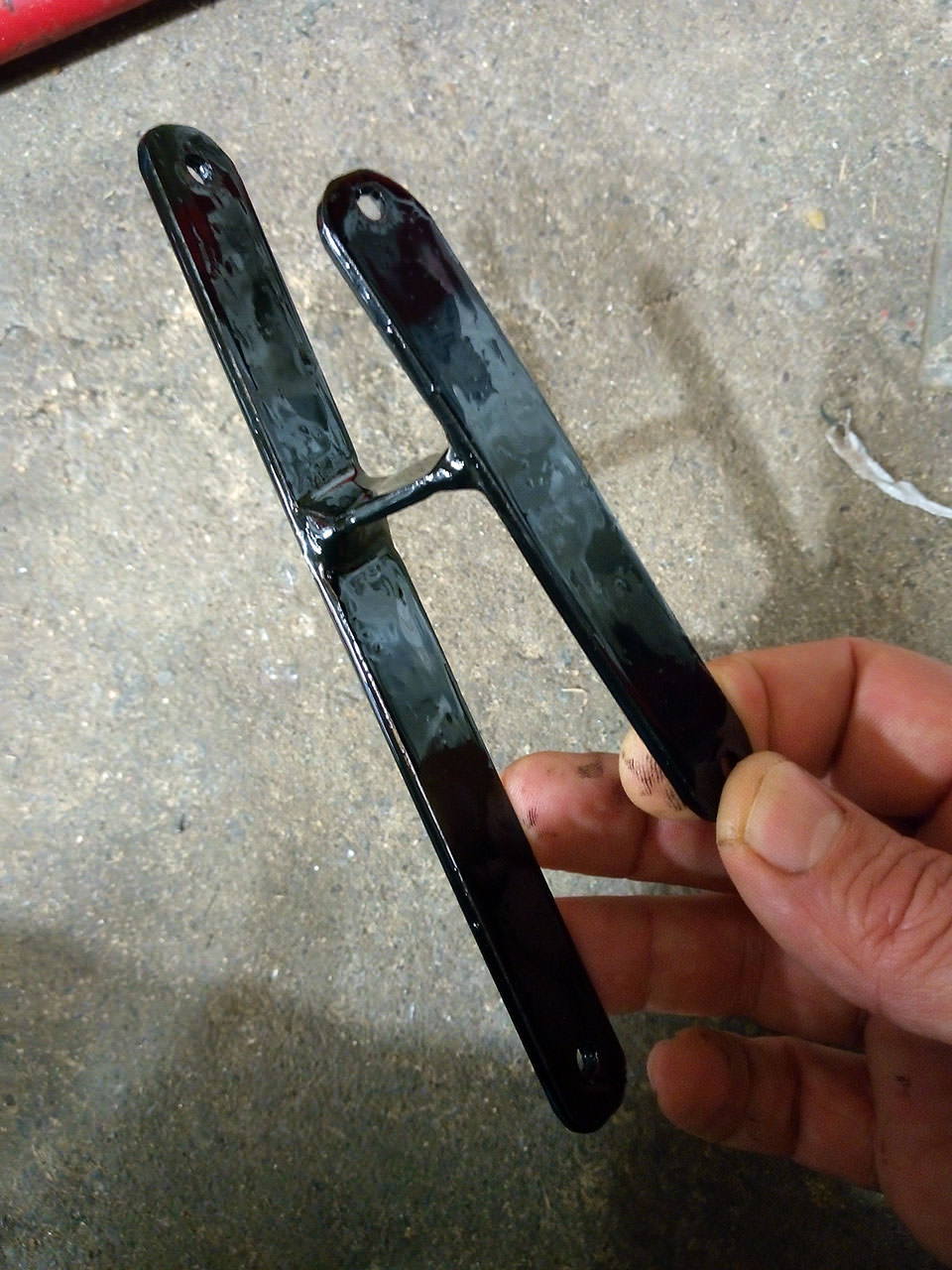 So I can tuck the fusebox right beside the ECU.
No planning in that, just some dumb luck. Most of the wires on the top go back into the ecu, I'm out of wrapping tube for now. Bottom one goes directly to my fancy red box. 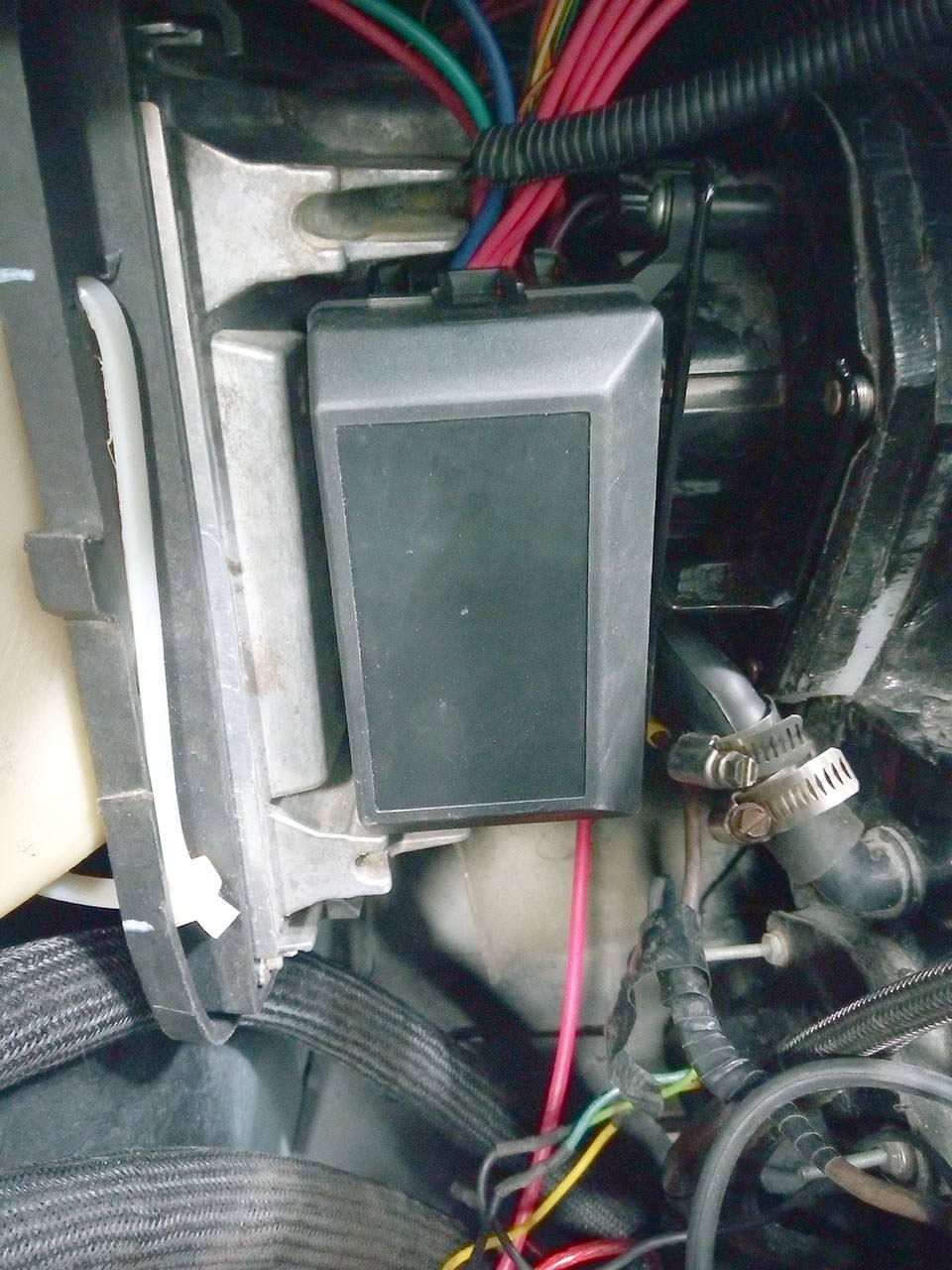 I'm really glad I decided to start using this Mig welder I bought myself for last Xmass. Before I would rely on other people to get my stuff welded, now for non critical part I consider doing them by myself, and that opens a lot of new horizons.
You must log in or register to reply here.
Share:
Facebook Twitter Reddit Pinterest Tumblr WhatsApp Email Share Link
Top