Well, It was bound to happen: 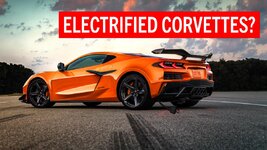 What was it Elon said? Electric cars aren't for everybody... (during a discussion on gasoline costs - still looking for it)

and, importantly, he said; "You have to match the convenience of the gasoline car in order for people to buy an electric car."

What caused the shipboard fire and loss of 1000s of luxury cars to the bottom? EV battery fire.

Just in case you think EVs and Batteries are green - check this out: I would say this is the most ridiculous idea I have ever heard of but, at the rate stupid ideas are generated, I lost track. I've seen the Prager U video and also others that go more in depth on the infrastructure needed to accomplish "electrification for zero carbon". On infrastructure, we are not even close to accomplishing this. On the environmental issues associated with this, we are completely ignoring the problems associated with this. All US politicians talk about how we need to do this quick (before it's too late) or disaster awaits. They have been doing this for 20+ years. The world should have ended by now.

What is never mentioned is that the US (330 million people) is a small part of the earth (7 billion people). China and India are environmental disasters. Germany tried to convert to nuclear and then shut down their plants after Fukashima. Apparently Germany is susceptible to tsunami's? Then they started buying fossil fuels from Russia. Now they are "hooked" like a heroin addict. Trump warned the Germans at the UN in 2019 that they would regret their alliance with Russia. The German delegation laughed at him. In the future, China and India will do all the dirty work for our pipe dream of zero carbon. This will be made easier with globalization efforts that are well underway in the US.

So, if we replaced all our energy with zero carbon in the US tomorrow, would we insulate ourselves from the rest of the world? I don't think so. Using the same logic, if we Covid vaccinated everyone in California only, would Covid disappear in the other 49 states? I don't think so.

So, an electric Corvette? What is the appeal? I suppose it is a way to "virtue signal" for rich people. Hooray for them.

Electric is dumb, from production of batteries to the generation of power.
With that said, F1 uses electric motors to great benefit in their cars.... this is similar to ethanol in fuel.... moronic 'do something' thing but I sure don't mind paying $3/gallon for 103 octane fuel...

and under the 'electric is dumb'

nickel and lithium. Remember the boondoggle about 'peak oil' .... it ain't real, but peak nickel and lithium is. According to some estimates there are only enough resources to replace 1/3rd of the current earth fleet. Of course, the fun part of that number is this little addition.... there is only enough resources to replace 1/3rd of ICE vehicles ONCE. The worst part of all of that is using up scarce resources - lots of other things use lithium and nickel in their production... things that cannot be reproduced when those resources are used up.

It really is bringing the end of the world in at hyperspeed.
G

No E-Vette in my garages - EVER!

Here is what non-teslas give you. I quit reading half way through as it was so painful. This made the rounds, if you never saw it, it is an eye opener.

And we are so fortunate that china, afghanistan, russia. africa have lots of rare earth elements used in batteries - and usa does not. And regarding nuclear - hillary & billary & 0buma approved the sale of 20% of our Uranium ore to russia, russia, russia. Guess iran is happy.
What a bunch of fornicating fools at the helm. 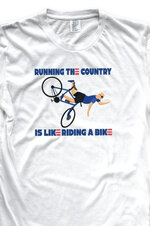 I think an e-vette would be neat to see.
I just feel there is a lot more they can do with the gas powered one, which is a lot of fun to drive.

The Artist formerly known as Turbo84

Location
Clinging to my guns and religion in KCMO.

Administrator said:
I think an e-vette would be neat to see.
I just feel there is a lot more they can do with the gas powered one, which is a lot of fun to drive.
Click to expand...

What's your guess for what an e-vette would weigh?

The Knight of Lightness asks:

What's your guess for what an e-vette would weigh?
Click to expand...

The Tesla Roadster weighs in at 2800 lbs.
Only goes 250 miles in the range category.

New Tesla Roadster is rumored to have a range of 650 miles, and be the fastest 0-60....so should be interesting to see.